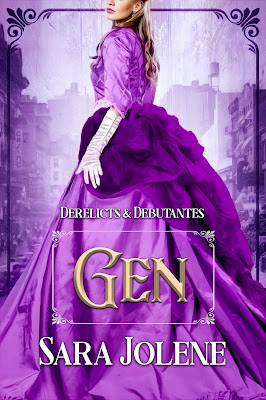 About:
From the outside Genevieve McCarthy lives a charmed life but not everything is as it seems. Few see the extra makeup on her face and the dimming of the light in her eyes as cause for concern, including her fiancé Anthony Ricci. Thankfully, her best friend Nessa has returned from Creede, Co. to help her get back on her feet. Getting closer to Oscar is an added benefit that has Gen smiling again, but he’s the most eligible bachelor in New York. What would he want with Gen?
Oscar Straus is smooth and calculated. He’s an incredible businessman and a toxic bachelor. He loves all women, the more the merrier. Until a chance meeting in Central Park turns his world upside down. Oscar finds himself way out of his comfort zone, making snap decisions that could lead him to love but also peril.
Will Genevieve be able to find the confidence to trust again? Or will she lose the ability to smile forever?
Buy Link:
Amazon
Other Books In Series:

Nessa Dobbs is done running. After her father’s untimely death, Nessa and her sister Kara fled New York City for Creede, Colorado, where the change in scenery left more of an impact on Nessa than she ever could have imagined. Quickly realizing that the privileged life she once led as a debutante wasn’t all she’d once thought it to be, Nessa finds that that the things that are most important to her in life are ones you can’t buy. Spurred by watching a close friend find their soul mate, Nessa has boarded a train and is headed back to New York to reclaim all that she left behind, including the man she loves.
Heartbroken after the love of his life disappeared; Henry Collins is moving on. He has found a new position working for one of the most influential families in New York City doing the only thing he’s ever wanted to do, taking care of horses, but all that is about to change. When the one person he never thought he’d see again, returns, Henry gets the shock of his life. One that makes him question everything he’s ever wanted.
Nessa is determined not to let her past mistakes and prejudices influence her future but can she convince Henry to do the same?
BUY LINK:
Amazon
About the Author:

Sara lives in upstate New York with her husband, two children, and two chocolate labs. She has a borderline unhealthy obsession with all things relevant to Irish folklore, Gilmore Girls, and 16th century Britain. Oh, and in her spare time can be found either in a kayak or anywhere in the woods. She holds BA degrees in both English and history, has a profound love of nature, and a deep passion for books. Writing allows her to weave her interests and experiences into new worlds, and she is excited to share those stories with her readers.
Learn more about Sara
UncategorizedDefying TraditionIFTTT By Krista Butler