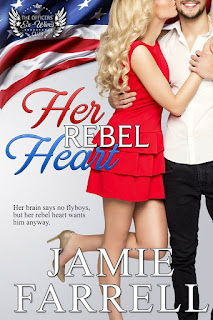 This sexy military pilot is about to meet his match in an unpredictable physics professor!

Kaci Boudreaux is every Southern mama’s nightmare, including her own. This former Miss Grits would rather tromp around in boots shooting off potato guns—and her mouth—than dress pretty and play nice with the boys. Especially her chauvinistic fellow professors, her ex-husband, and those military cargo pilots she accidentally started a war with.

Lance Wheeler is every Southern belle’s dream, except his ex-fiancé’s. After being left at the altar, he’d love to take his C-130 and fly far, far away. But since his bird technically belongs to Uncle Sam (as does he), a distraction in the form of a feisty fireball of a physics professor will do while he’s waiting for his next deployment with the Air Force.

He’s into her for the fun. She’s into him for the challenge. But when their secrets and fears start slipping out, their hearts – and even her job – will be on the line. She needs roots. He wants to see the world. What will they do about needing each other? 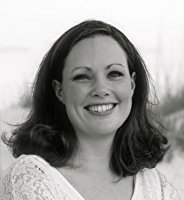 Jamie Farrell writes fun contemporary romances with quirky characters and lots of heart. She believes love and laughter are two of the most powerful forces in the universe, and she infuses both into all of her stories. Her debut novel, Southern Fried Blues, was a finalist for the 2013 National Readers’ Choice Awards and the 2014 National Excellence in Romance Fiction Awards.

A native Midwesterner, Jamie has lived in the South the majority of her adult life. When she’s not writing, she and her military hero husband are busy raising three hilariously unpredictable children.