Laurie Peterson assumes her impulsive one-night stand with sinfully sexy Sheriff Ethan Booker is the biggest surprise of the year…until her bakery burns down while she’s basking in the afterglow. It looks like her dreams are up in smoke, but then Ethan proposes a deal too tempting to resist.
Ethan has no intention of settling for a one-night stand with Laurie. Nor does he want anything to do with the women his wealthy family wants him to meet. Not when he’s waited ten years for his chance to make his move. His deal might have strings–and Laurie may not know the stakes–but nothing will stop this sexy cop from staking a real claim on her body and her heart.

My Review:
Steamy, sexy, unpredictable, and with humor thrown into the mix you wont go wrong with this read. Samanthe never disappoints especially with this new series. Hard Compromise is book number two in the series, it grabs you right away and won’t let go until the last word in the book. Well not even then because I can’t wait for book three.
We meet Laurie Peterson in book one (Compromising Her Position), she is the best friend of Chelsea Wayne and owner of the bakery Baby Cakes. When reading book one I wanted to know more about Laurie, she seamed like a great friend and support for Chelsea, but also fun too. In the first chapter you get a taste of who Laurie is and why, also we get to meet Ethan Booker (YUM) who is charged to look after her. Laurie didn’t have an easy care free life, she has had to work hard for everything she has. This is a problem when she looks at Ethan “Booker” because he comes from a very wealthy family. She judges him on that and this leads to some fun/heated bickering between them.
Booker is the Sheriff in town and with this title he has earned through hard work and climbing the proverbial ladder gives him great pride in himself. He didn’t use his family influence or money to get where he is, in fact he has everything he has wanted out of life, well except the one women who has evaded him for ten years. Finally Booker says it’s time, he planes to take what he wants no matter what. Watching Laurie from a distance, not being able to touch her, taste her, have her be his is in the past. His New Year’s resolution is simple: Make Laurie want him so bad she realizes she can’t live without him. You have to love a determined man, and this book is full of sexy scenes between these too. But can Booker convince Laurie it’s more than lust between them? That they could shatter every rule she has or pre-conserved notion that happily ever after is only in fairy tales? You will have to read every word to find out! Curl up in your favorite spot and let’s get reading! 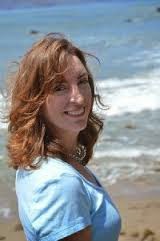 About the Author:
USA Today bestselling author Samanthe Beck lives in Malibu, California with her husband, their son and Kitty the furry Ninja. When not writing fun, sexy, contemporary romances or lazing on her beach towel with her face snuggled to her Kindle, she searches for the perfect ten dollar cabernet to pair with Ambien. Connect with Sam via her website at www.samanthebeck.com to check her progress on that never-ending quest, or to get the latest on her upcoming books.
Teasers: