BLURB:
Brewer Ross has given up on love…until he meets a woman who turns his life—and brewery—upside down.
Ross Hoffman held the potential for a perfect life in his hands—a life with Evelyn, the only woman he’d ever allowed himself to love, their baby and…her husband, Austin Fitzgerald, who also happened to be his best friend. But the challenge of trying to make a threesome into something acceptable—let alone the thought of actually sharing Evelyn with anyone—forces him to bolt. Determined to put all thoughts of their relationship behind him, Ross jumps headfirst into a new brewery job in Colorado, and back into the sort of sexual decadence that he hopes will distract him from his misery.
When he agrees to assist Austin through a spate of brewery mishaps, he lays eyes on his true fate—in the form of the petite, mysterious and exotic Elisa Nagel. Hired as assistant brewer, Elisa is absolutely everything he believes he doesn’t want in a woman. But he’s drawn to her in ways he can’t explain, and he can’t help but fall hard, fast and deep, which places him square in the middle of her horrific, until now secret backstory.
Ross is determined that his love will conquer and overcome the horrors of Elisa’s past, allowing her to trust him with the only thing he desires—her heart.
Reader Advisory: This book contains a scene with attempted rape and violence, as well as a brief scene alluding to person being drugged and raped.
Goodreads
Goodreads Series Link
Pre-Order 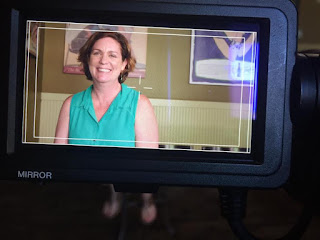 Author Info
Amazon best-selling author, mom of three, Realtor, beer blogger, brewery marketing expert, and soccer fan, Liz Crowe is a Kentucky native and graduate of the University of Louisville currently living in Ann Arbor. She has decades of experience in sales and fund raising, plus an eight-year stint as a three-continent, ex-pat trailing spouse.
Her early forays into the publishing world led to a groundbreaking fiction subgenre, “Romance for Real Life,” which has gained thousands of fans and followers interested less in the “HEA” and more in the “WHA” (“What Happens After?”). More recently she is garnering even more fans across genres with her latest novels, which are more character-driven fiction, while remaining very much “real life.”
With stories set in the not-so-common worlds of breweries, on the soccer pitch, in successful real estate offices and at times in exotic locales like Istanbul, Turkey, her books are unique and told with a fresh voice. The Liz Crowe backlist has something for any reader seeking complex storylines with humor and complete casts of characters that will delight, frustrate and linger in the imagination long after the book is finished.
Don’t ever ask her for anything “like a Budweiser” or risk bodily injury.
Author Links: WEBSITE | FACEBOOK | TWITTER | GOODREADS
DRUM
ROLL
PLEASE!!!
Your Cover: 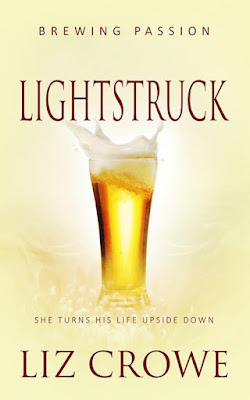