Skip to content
February 21, 2019
ABOUT:
“Tell me a secret.”“I’m falling for you.”Austin Sexton is the man I’ve always tried to stay away from. He’s arrogant, entitled and a total ass. That’s why I didn’t bother giving him my name last night. We’ll never see each other again. Or so I thought.Imagine my surprise when I start my new job only to come face-to-face with the blue eyes I just declared all wrong for me. No, he’s not my boss, but being my boss’ brother seems almost worse. No matter how hard I try to push him away, his secrets draw me in. When it comes to a Sexton that could be lethal…for my heart. I have his secrets and I won’t tell a soul. Now I just have to not fall for him completely.
AUSTIN REVIEW
Street racer! Oh Ya, this is my first book were the guy was a street racer and needed the adrenaline to the extreme. Austin is a thrill seeker and rule breaker, he doesn’t do relationships, is cocky and self-absorbed. LOL, I know sounds great right, well this is what he wants people to see. In reality he is a man that cares a little too much and doesn’t know how to handle those emotions. This is the great start to the Sexton Brothers trilogy. I was sucked in from the first chapter and loved how each one tells you who’s point of view we are seeing. Austin has no clue what to think of Jalynn or why he can’t stop wanting her. Jalynn has a stubborn streak that is pulled out more around Austin than anyone else she knows. Plus she has this underlying need to protect him but can’t figure out why. They are so fun to read because neither will give in and both can’t let go of the other. You need to grab this book! Lauren Runow and Jeannie Colette do a seamless job of bringing this book to life, they are a great writing pair! Curl up and grab this one right now!
BUY LINK:
Amazon
ABOUT:
“Truth or dare?”“I’ll take your dare.”“Kiss me.”I don’t believe in Prince Charming, but when I met a handsome stranger on a rooftop his words intrigued me and his dares left nothing but temptation. Then I learned the truth. His name is Bryce Sexton. Media mogul, workaholic and a heart of stone. He’s broody AF and yet every woman in San Francisco wants him. So why won’t he leave me alone? Wherever I go, he’s there, trying to force his way into my world. What he doesn’t know is I already have a man in my life. A tiny redhead who loves Legos and Superheroes. With every push, Bryce pulls me in further. Our pasts are laced with betrayal. Our futures are unpredictable. Our chemistry is explosive.With each dare I uncover a truth, but he’s exactly what I don’t need right now.So why did I have to go and kiss him?
BRYCE REVIEW:
Bryce is the head of the company even though his father makes everyone in the media think he is. Bryce is at work literally from sun up to sun up. He doesn’t sleep too much because the media and newspaper world he lives in need him. He must keep his brother out of trouble while waiting for his youngest brother to finish college and come join the family business. He life is overwhelming and complicated, therefore to the outside world he is untouchable. He comes across cold, unfeeling and yet still has women throwing themselves at him. He knows most just want his money or the connections that come with dating a Sexton, so he steers clear until one woman makes him change his mind. LOL, Oh Ya I Loved Tessa!! She is a single mom trying to do what is best for her kid no matter what! I am a single mom so single parent books normally drive me nuts and I avoid them. This one ROCKED! Tessa has her priorities in order and no matter what Bryce says or does she kept them in tacked, I loved it! Fantastic job ladies on this single parent, love at first sight, against all odds book! 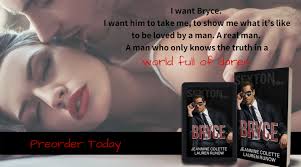 BUY LINK:
Amazon
ABOUT:
We’re two strangers on a train, knowing whatever we decide in the next moment might dictate our fate for the rest of our lives.“A kiss was all I needed.”“Looks like you got what you wished for.”“Yes. About that…”My plan: find a finely dressed businessman, have a one-night stand, and forget about my failed relationship.Like a bad joke, my ex walks into the bar. That’s when a gorgeous man wearing street clothes, messy hair, and the sexiest smile I’ve ever seen lays a kiss on me. It’s meant to rile up my ex but leaves me breathless and wanting more instead. Then he’s gone.So, I do what any rational person would. I chase after him onto the subway and embark on a wild night in New York City with a complete stranger.No matter how much I fight it, this mysterious man painted his soul onto my skin. If it’s not meant to be, why can’t I forget about him? 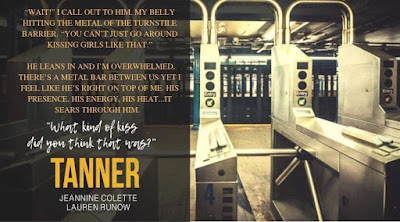 TANNER REVIEW
Tanner, hmm what to say about this book! HOT comes to mind, Sexy, Kind, emotional and conclusion. This is the third book in this series and is done perfectly! All three books take place at the same time just from different point of few on the brothers and their matches. So, when we meet up with Tanner you are very curious what has been going on with him. I won’t say I have a favorite because they all were amazingly written, and the women were all relatable. But this one will hold a special place in my heart because of how Tanner handles life. He is the youngest but is way more mature and when he wants something, he doesn’t hesitate to grab it. He also doesn’t hold back his feeling which is AWESOME! Harper is full of life and hopes but no one has let her live them out until Tanner. These two give you hope and teach us that nothing is too hard if you communicate. Harper doesn’t let fights start because she knows Tanners concerns, she knows HIM. This was sooooo great and I had the privilege of reading an advance copy from the authors. BUT IT IS LIVE now so grab this book and curl up in a comfy spot! You won’t regret it! 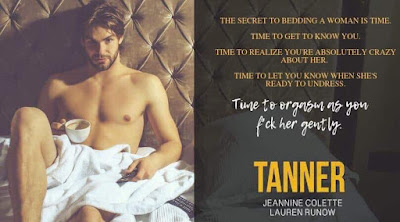 BUY LINKS:
Amazon
About the Authors: 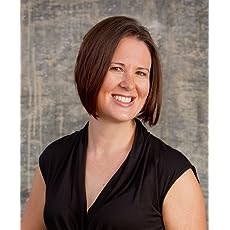 About Lauren Runow
Lauren Runow is the author of multiple Adult Contemporary Romance novels, some more dirty than others. When Lauren isn’t writing, you’ll find her listening to music, at her local CrossFit, reading, or at the baseball field with her boys. Her only vice is coffee, and she swears it makes her a better mom!
Lauren is a graduate from the Academy of Art in San Francisco and is the founder and co-owner of the community magazine she and her husband publish. She lives in Northern California with her husband and two sons.
You can also stay in touch through the social media links below.
Twitter at https://twitter.com/LaurenRunow
Facebook at https://ift.tt/2bqc5YS
Instagram at https://ift.tt/2mhJzkq
or sign up for her newsletter at https://ift.tt/2DeIFwE
See Her Book List:
Amazon 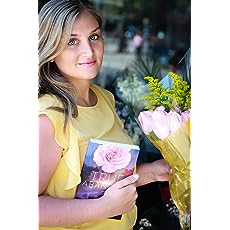 Jeannine Colette is the author of the Abandon Collection – a series of stand-alone novels featuring dynamic heroines who have to abandon their reality in order to discover themselves . . . and love along the way. Each book features a new couple, exciting new city and a rose of a different color.

A graduate of Wagner College and the New York Film Academy, Jeannine went on to become a Segment Producer for television shows on CBS and NBC. She left the television industry to focus on her children and pursue a full-time writing career. She lives in New York with her husband, the three tiny people she adores more than life itself, and a rescue pup named Wrigley.

Jeannine and her family are active supporters of The March of Dimes and Strivright The Auditory-Oral School of New York.