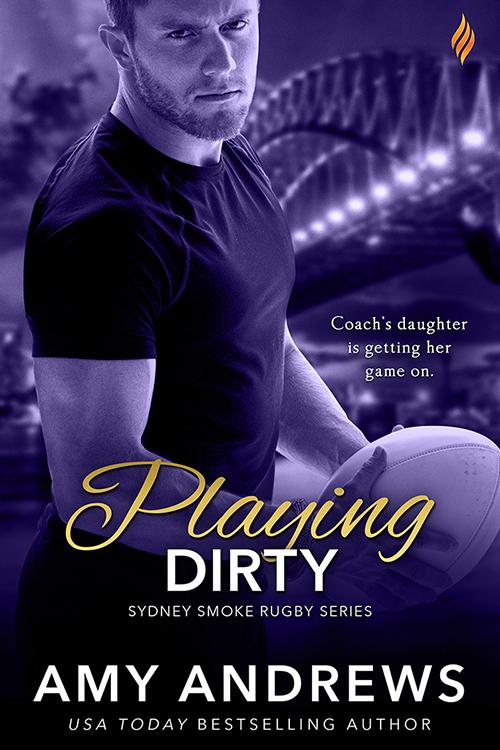 Sydney Smoke star recruit Kyle Leighton can’t
believe the best
sex of his life was just
a one-night stand. He didn’t even know her name…
Until she shows
up at the locker room
two weeks later and he connects the dots.
Val King. Oh shit.
Coach has one hard and fast rule: Never, ever date
(much less f*ck ten ways to Sunday) his daughter.
And not only did Kyle break that rule, but he wants to break it over and over again.
In the shower. Against a wall. On every flat surface in his home.
But the coach and his daughter share more than just DNA.
Their issues run deep and
fooling around with her could widen the family chasm.
And get Kyle benched for life.
So why can’t he stop thinking about her? Flirting with her?
Suggesting they date for real
and damn the consequences?
Purchase: Amazon | Barnes & Noble | iBooks | Kobo
EXCERPT
“Your freckles are sexy.”
His voice was all low and rumbly and her belly twisted despite his absurd statement. She’d been told her freckles were cute before but never sexy.
She snorted. “About as sexy as halitosis.”
His abs rippled as he laughed. “It’s true.”
“I hate them.”
He shook his head. “I want to kiss every one of them.”
“Well settle in, then. It’ll take you a while.”
“And that’s a negative how?”
Val smiled as she thought about where those lips might end up. Yeah. She couldn’t see any negatives. If only she’d known at the age of eight they were going to bring her such pleasure one day she might not have subjected herself to the toad therapy a kid called Brian Humphries had touted as a cure when she’d been eight.
She still shuddered thinking about it all these years later.
“And your hair.” His gaze roved around her head as his fingers played with the ends of a lock brushing her shoulder. God know what it looked like after two hours of debauchery. “It’s glorious. The most stunning Titian colour.”
Val blinked. “Titian?”
What the fuck? Her heart beat a crazy tango in her chest at Kyle’s self deprecating smile. “He was a renaissance painter.”
“I know who he was.”
“Ah.” He smiled at her. “You’re surprised I know who he was?”
“Well yeah…a little.”
“Are you saying I’m some dumb jock?”
His voice was still deliciously rumbly and his fingers drew lazy patterns along her collar bones so she didn’t he was too offended. “I’m saying I don’t know too many dudes who know their renaissance painters.”
He smiled. “My mother took all five of us kids to the national art gallery to get some culture when I was fourteen. Now, we were a bunch of bogans from the western suburbs, loud and uncouth, so I don’t really blame the people at the gallery for treating us like we were casing the joint, but they had a hard time removing me from the visiting Titan exhibition. I can still remember staring at all the glorious ranga chicks he’d painted.”
Val smiled at the affection Aussie term for a red head. “Are you sure it was the hair and not their…how shall I put this…lack of clothing?”
He laughed and the rumble vibrated through her hand. “He did paint a lot of naked chicks.”
She rolled her eyes. “Oh, you noticed?”
“Are you kidding? I was teenage boy.” He grinned as he rubbed the lock of her hair between his fingers.
“I got a hard on seeing the occasional flash of side boob. Those paintings were like a wet dream. But I remember the hair too.”
Val laughed not quite believing she was talking about Titian at two in the morning with a pro rugby player although god knew, he could have easily been the subject of an artist’s brush. Or maybe a sculptor’s clay? The lights had been dimmed but she could make out every sexy feature of his face. Not even the gap in his teeth or his crooked nose ruined it’s classic perfection.
Add to Goodreads
Meet the Author: 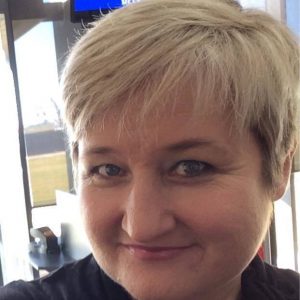 Amy is an award-winning, USA Today best-selling
Aussie author who has written seventy
contemporary romances in both the traditional and digital markets.
Her books bring all the
feels from sass and quirk and laughter to emotional grit to panty-melting heat.
She loves
frequent travel, good books and great booze although she’ll take
mediocre booze if there’s
nothing else. For many, many years she was a registered nurse.
Which means she
knows things. Anatomical things. And she’s not afraid to use them!
She’s just moved
back to her central Queensland roots taking a sea change in the pretty
little coastal town
of Yeppoon where she gets to stare at the ocean all day.
Connect: Site | Facebook | Twitter | Goodreads
Giveaway:
a Rafflecopter giveaway