Crack CIA analyst Trista Gold is a whiz with the computer, but not so much with people. She hides behind her job, analyzing Top Secret code and making recommendations on national security. She doesn’t need a man in her life. But she will, very soon…
CIA K-9 officer Sgt. Matt Connors suspects that beneath Trista’s uptight appearance, there’s a sexy woman itching to cut loose. But he doesn’t dare act on his attraction. He’s a loner and always will be. Keeping away from Trista is a must-do directive. Until he doesn’t have a choice…
During a routine assignment, Trista stumbles across a cryptic exchange. She doesn’t think much of it…until someone tries to murder her—twice. Both times, Matt had been there to save her. But now she has to hide. And her new bodyguard, Matt, and his K-9 are the only hope she has against the powerful forces that want her dead.
Purchase: Amazon | Barnes & Noble | iBooks | Kobo 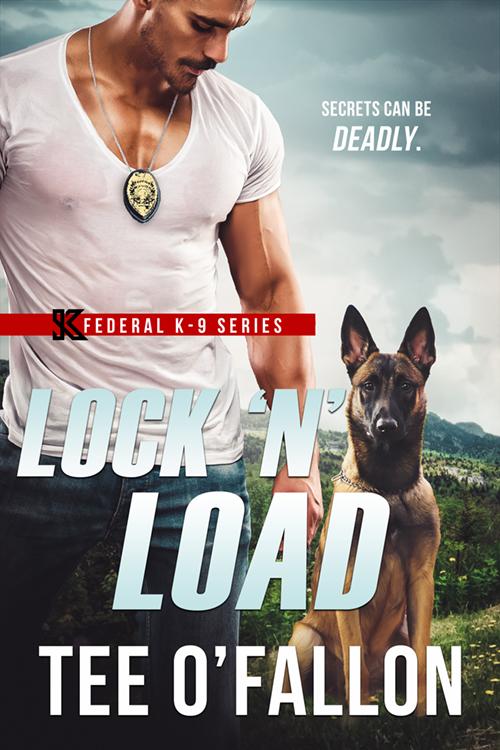 Excerpt #1
“Are you all right?”
Trista jerked her head around to find Sgt. Connors crouching on the floor beside her, his face only inches from hers, his incredibly broad shoulders blocking out all else. Big brown eyes pinned her and she couldn’t tear her gaze away. No, his eyes were more like cocoa, coffee and caramel all rolled into one. Yummy.
The look he continued to give her was intense. His dark brows drew together as he searched her face, as if looking for injuries.
“Are you all right?” he repeated, frowning. Actually, it was more of a scowl.
Yes, she wanted to say. But her throat was clogged again, and no matter how much she tried, her lips wouldn’t move.
She took a deep breath, praying it would kick her brain into gear. It didn’t. The only thing it did, was send his sexy, way-too-appealing aftershave directly to her lungs and her brain.
Say something, stupid.
“I—” She swallowed. Lord, she’d thought he was good looking before, but this close …OMG. She might not be able to speak to certain men, but that didn’t mean her libido was dead. For a man, he was utterly stunning. In a tough, rugged kind of way.
“Do you think you can get up?” Sgt. Connors held out an enormously large, incredibly strong-looking hand. “Let me help you.”
Now staring stupidly into his eyes, she placed her hand in his, noting several thick scars on his hands and forearms. As he began pulling her to her feet, an inhuman snort ruffled her hair.
A large brown and black muzzle thrust its way into her peripheral vision. Trista gasped and scrambled in the opposite direction—straight into Sgt. Connors’ hard chest.
Her pulse pounded. Her body trembled a she took in quick breaths. The dog stared at her steadily from amber-gold eyes, a shade lighter than Sgt. Connors’.
She tried pushing herself farther from the dog, but not only weren’t her sensible shoes gaining traction on the shiny granite floor, but Sgt. Connors’ body was an immovable mountain of muscle.
Still holding her hand, he hugged her tighter against his body, wrapping his other arm around her waist. “It’s okay…” His deep voice rumbled in her ear. “Sedni.” In response to his command, the dog sat. “Sheba won’t hurt you. She’s here to protect you.”
“I d-doubt that.” Cynophobia—fear of dogs—was something she’d lived with since she was six years old.
He gave a slight tug and pulled her to her feet. Blood rushed to her head and she wavered, instinctively putting out a hand for balance. Her fingers contacted the center of his chest. His shirt felt odd, and it occurred to her that he was wearing a protective vest under his uniform. That, and he smelled really, really good. Like cedar, leather, and dark rum all rolled into one intoxicating scent.

Tee O’Fallon has been a federal agent for twenty-two years, giving her hands-on experience in the field of law enforcement that she combines with her love of romantic suspense. Tee’s job affords her the unique opportunity to work with the heroic and sexy men in law enforcement on a daily basis. For Tee, research is the easy part! Besides reading and writing, Tee loves cooking, gardening, chocolate, lychee martinis, and her Belgian sheepdog.
Connect: Site | Facebook | Twitter | Goodreads