The Improper Princesses—three young women descended from royalty,
each bound for her own thrilling adventure . . . 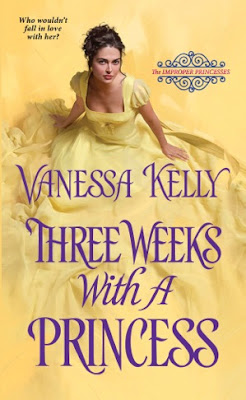 In Vanessa Kelly s captivating series, three young women are descended from royalty in the most improper way. But that doesn’t stop them from pursuing lives rich in adventure. . .
Lia Kincaid, illegitimate daughter of the Duke of York, comes from a long line of notorious women. Raised by her grandmother, formerly mistress to the late Marquess of Lendale, she has little hope of a respectable marriage. But the new Marquess, her childhood friend, Jack Easton, would make a very desirable protector . . . if he weren t too honorable to take her to bed.
It s bad enough being saddled with a title he never desired. Now Jack must resist the beautiful woman he desires far too much. Duty calls, and he is duty-bound to choose a wealthy bride. But then Lia makes another outrageous suggestion: asking Jack to devise some tests to find her the perfect paramour. Tests that involve flirting, kissing, and other pleasurable pursuits. Tests that, in a matter of weeks, could transform friendship into the ton s greatest scandal, igniting a passion even duty can t deny. . .

It wasn’t like Lia to hedge. “Pet, we haven’t got all day. Just spit it out,” Jack said.
She sighed. “Very well. But please do remember that it wasn’t my idea.”
“I give you my word.”
Sitting up straight, she met his gaze. “Granny wants you to become my protector.”
That was a puzzling choice of words. “Of course I’ll protect you. Didn’t I make that clear yesterday?”
“Yes, but not my protector in a general way. She means protector in a rather specific way.”
The vague conversation began to frustrate him. “I’m not sure what else I can do to address her concerns, other than to say that I will provide for anything you need.”
She looked over at the window, shaking her head and muttering under her breath.
“Perhaps you could clarify what she means by specific,” Jack suggested.
Lia finally looked at him, her checks blazing as red as apples. “Granny wants me to be your mistress, you nodnock. She wants you to be my lover. Is that clear enough for you?”
Jack probably looked like a fish who’d landed on a bank, stunned and gasping for breath. And the entire time he stared at her, Lia glared back at him, looking furious and embarrassed. And anything but loverlike.
He finally marshaled the few wits that hadn’t been stunned into insensibility. “Clear? It’s insane. Take you as my mistress? How your grandmother could come up with such a ridiculous notion is beyond me. It’s simply laughable.”
He felt as if someone had knocked him on the head with a brick. And even more appalling, now that she’d put the idea into his head, some part of his brain—well, not his brain actually—thought there was some merit to the notion. How could it not, when she looked as she did now, her cheeks flushed, her gorgeous eyes snapping with fury, and her pretty breasts pushing up over the simple trim of her bodice with each indignant and huffy breath.
Get a handle, you idiot. He would no more take Lia as his mistress than he would don minstrel’s garb and caper about in Hyde Park.
When she crossed her arms under her chest, the movement pushed the plump white mounds up even higher over her bodice. Her scarf had slipped aside, and Jack fancied he might even see the edge of one nipple peeking out from behind the narrow band of lace. That lascivious hint sent a bolt of lust thrumming through his body to settle in his groin.
Argh. He’d never thought of Lia in that way and he was utterly horrified by his reaction.
He forced his gaze up to her face. The fury and hurt he saw in her eyes immediately dampened any misplaced ardor on his part.
“I’m sorry you find the notion so repugnant,” she said tightly. “Of course I realize I can’t hold a candle to all the fine ladies you’re accustomed to consorting with in London.”
“Good God. I don’t consort with fine ladies,” he exclaimed. “What sort of man do you take me for?”
“The regular kind. And don’t pretend you’re a virgin, Jack, or that you’ve never had an affair or slept with, well, you know.” She paused, suddenly looking uncertain. “You aren’t a virgin, are you?”
He dropped his forehead into his hand. “Lia, this is an entirely demented conversation.”
She let out a horrified gasp. “You are a virgin. Oh, dear. I’m so sorry, Jack. This must be thoroughly embarrassing for you. Please forgive me.”
He looked up with a scowl. “It is embarrassing, but not because I’m a virgin. I am not, by the way, though that is beside the point.”
“The point seems to be that you find the notion of me as your mistress hideous beyond imagining,” she said with irritation. “Well, let me tell you that I’m not exactly thrilled by the notion, Jack Easton.”
“Why the hell not?” he asked before he could stop himself. “Never mind, don’t answer that. And just to be clear I don’t find you repugnant in the least. Quite the opposite, in fact.”
She blinked. “Then there is a chance you would consider taking me as your mistress?”
“God, no!”
Lia tucked her chin down and winced. “There’s no need to yell, Jack. I’m not deaf.”
He gripped the edge of his desk and took several deep breaths, trying to steady himself. Then he pushed himself out of his chair and stalked over to the drinks cart. He poured a splash of whiskey into a crystal tumbler and tossed it back. The burn hit his stomach like a gunshot, but the jolt of heat cleared his head.
“I could use one of those,” Lia said.
“I am not giving you whiskey before you’ve had anything to eat,” Jack growled. He refused to look at her before he got himself under some semblance of control. He felt as if he’d fallen asleep and woken up in a madhouse.
“Spoilsport,” she muttered.

Tasty Q&A with Vanessa Kelly
If you could sit and write in a different country where would it be?
England, probably the Lake District or the Cotswolds. My fantasies generally do not involve sexy guys—they involve peaceful little cottages on a hillside overlooking a beautiful lake. Oh, and tea, scones, and a nice glass of wine at the end of the day. LOL!
Co-writing: have you done it with another author, if not, would you?
I co-write with my husband as VK Sykes. We’ve written a number of books, including contemporary romances and romantic suspense. Hubby is also my critique partner for my historical romances. I enjoy the process and we work very well together—likely because we know each other’s weak spots and how to deal with them. It’s really fun to work creatively with him; plus, it keeps us busy so we don’t kill each other from boredom! I don’t know if I could actually co-write a book with another author, although I’ve worked on interconnected anthologies with other writers. I enjoyed that process, too.
Can you tell us a little about your book?
THREE WEEKS WITH A PRINCESS is the second book in The Improper Princesses Series, which is a spin-off from my previous series, The Renegade Royals. That series featured the illegitimate sons of England’s royal dukes, who fought for their rightful places in the world—falling madly in love with some pretty swell gals along the way, of course. In this new series, the illegitimate daughters of royal dukes take their turn, surmounting all the obstacles that society put in their way in that time period, and winning the hearts of their own heroes. There’s love, laughter, adventure, and just a little bit of danger to spice things up!
How did you come up with the concept and the characters for the story?
Aside from the fact that it’s a spin-off, THREE WEEKS WITH A PRINCESS is based on the famous movie musical, Gigi. My heroine, Lia Kincaid, is the daughter and granddaughter of notorious courtesans and is expected to follow in their footsteps. There are a few problems with that plan, however—she has no desire to become a courtesan and she’s madly in love with her childhood friend, Jack Easton, Marquess of Lendale. But events conspire to push Lia in the direction she doesn’t want to go, and Jack is pretty much losing his mind trying to stop her. Jack, unfortunately, also has big problems, which include a mother who hates Lia’s guts and a debt-ridden estate all but falling down around his ears. Needless to say, Lia and Jack have more than a few obstacles to a happily ever after!
What are some books that you enjoyed recently?
I just read a great book called BITTER SPIRITS, a paranormal romance set in San Francisco during the Roaring Twenties. The hero is a bootlegger and the heroine is a spirit medium, and they meet under very unusual circumstances: the hero is under a curse. They have tremendous chemistry and I loved the atmospheric setting. I’m halfway through the second book in the series by Jenn Bennett, and I’m enjoying it, too. I’m kind of a sucker for unusual historical settings for romance, and this one really fit the bill.
What do you like best about being a writer? What is the most challenging part?
The best part for me is writing The End. I relish having a finished book in my hands, and it’s still a thrill to know I created a new story with characters I’ve invariably come to love. The most challenging part is actually sitting down every day and getting words on the page. Sometimes it’s easy, sometimes not. There are days when I feel like being lazy or reading a book, but deadlines mean butt has to get into chair, regardless of inspiration striking or not.
Are there certain characters you would like to go back to, or is there a theme or idea you’d love to work with?
The theme I most frequently come back to, whether I realize it or not at the time, is family and finding home. It’s just the one that sticks with me. I do have a number of characters I’d like to return to at some point, mostly secondary characters from my Renegade Royals Series. There are a pair of children in my recently released short story, THREE RENEGADES AND A BABY, who I think are demanding their own story when they grow up. So, stay tuned for that!
Can you tell us about your upcoming book?
My next book is called THE HIGHLANDER’S PRINCESS BRIDE, and it’ll be out in November. It’s Improper Princesses 3, and it moves the action to a remote castle in Scotland. My heroine finds herself trying to teach a very rambunctious family of Highlanders how to be proper gentlemen, a la Seven Brides for Seven Brothers. This book segues into my next series, which will feature the Kendrick brothers—a wild group of Highland rogues! I’m really excited to be moving in that direction. 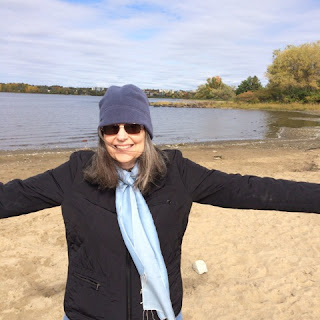 Vanessa Kelly is a USA Today Bestselling, award-winning author who was named by Booklist, the review journal of the American Library Association, as one of the “New Stars of Historical Romance.” Her Regency-set historical romances have been nominated for awards in a number of contests, and her second book, Sex and The Single Earl, won the prestigious Maggie Medallion for Best Historical Romance.
Vanessa’s previous series, The Renegade Royals, was a national bestseller. She is currently writing a spin-off series called The Improper Princesses. My Fair Princess, book 1, was named a Goodreads Romance of the Month. Vanessa also writes USA Today Bestselling books with her husband, under the pen name of V.K. Sykes.