Blurb:
Sometimes loving enough means letting go…
Major league baseball player, Ryan Walker, takes a mandatory leave of absence to escape the paparazzi and the false drug charges against him. All he wants is a little peace of mind out in the middle of nowhere.
Eager to rid herself of the empty socialite life, Frankie Vaughn moves to a rundown home in Minnesota that she inherited from her aunt. But Frankie is shocked at what she discovers inside: three young boys. When Ryan discovers that Frankie, his new neighbor, has taken on the three homeless kids as her own, he has a new hope for humanity.
Despite how easily and lovingly Ryan takes to Frankie and the boys, his past just might be the reason Frankie can’t adopt the boys. Now, Ryan must choose between loving them or letting them go. Can he walk away from what he’s been looking for all along?
Link to Follow Tour
Goodreads Link 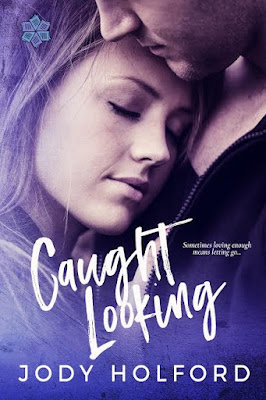 My Review:
I was given an ARC of Caught Looking by Jody Holford for an honest review. This is the first of Jody’s books I have read. Caught Looking is about Frankie Vaughn and her need for a fresh start. She has grown up in the world of the Hamptons. She has watched her parents pretend to be happy and rich to save face and keep their status quo in tacked. When her Aunt leaves her a house she decides it’s her chance to start over and find out who the real Frankie is.
Ryan Walker is a famous baseball player that has gotten some bad press and needs to leave the spotlight for a bit. He finds himself neighbors to Frankie and even though he doesn’t want complication he can’t stay away. He finds himself drawn not only to her but also to the three boys living in her house. Sure he thinks she is crazy but he knows why she is doing it.
This book started out a bit slow for me but it gave you a chance to really get to know both Frankie and Ryan. See what they left to start new. Both grabbed me and I liked reading about them. The three boys that Frankie takes in were written beautifully and grabbed my heat. Mid way through I was hooked, needing to turn the pages to find out what would happen next. However, and this is why I am only giving this book 4 stars, Jody kinda lost me. The pure emotionally draining turnout of a one part was just too much. I will not give away any spoilers. If you like being all in and the story to be very true to real life, then you will enjoy this read. It does have a fantastic ending and I do recommend it. For me though the situations hit too close to home and caused me a few issues.
The book did have great writing, emotional drama, steamy chemistry, and a need for family. Jody is a good writer and I will look for other books by her in the future. Add this one to your TBR!

Excerpt
As he edged near the property line, he caught sight of toned, shapely legs swinging from the branch of a tree. His neighbor was doing pull-ups. On a tree.
“What the hell are you doing?” Ryan said the words to himself, his finger sliding off of the trigger. Frankie hadn’t heard him. Her earbuds’ cord was connected to the iPod strapped to her arm. He repeated his question, louder, and she startled, dropping from the limb she’d been holding. Pulling her earphones out, she smiled and gave a surprised laugh. Lust curled tight in his stomach at the sound. Which pissed him off since he didn’t need more complications in his life.
“Hey. Didn’t see you there, neighbor.”
She wiped the sweat off her brow with the back of her hand. Strands of hair were escaping the ponytail sitting high on her head. She put her hands on her hips, gulping in air, still smiling. His eyes roamed over the tone and definition of her arms. Arms weren’t supposed to be a turn on. They were just something to have wrapped around you. Along with legs. But legs were a turn on. Still, he couldn’t take his eyes off of her arms. They led up to sleek shoulders and a graceful collarbone. When his eyes met hers, she was grinning and he knew he’d been caught looking.
“You’re doing pull-ups on a goddamn tree?”
“Um, it’s my tree,” she said, looking back and forth between him and the tree. Small as she was, the tree didn’t look like it could hold its own branches, never mind a person’s weight.
“Actually, it’s smack in the middle of our property line. So stay the hell off it and get a pull-up bar.”
She rested a hand on the bark and smiled at him with something like fire flashing in those blue eyes. Her breath was a bit uneven, but firm. “I’ve never shared a tree with anyone. It feels like a big step.”
He bit back a smile. “Funny. This tree needs to be cut down. It’s rotted.” He kicked at the trunk to show her what he meant.
“Don’t kick our tree,” she said, not even trying to hide her smirk.
“It’s not safe.” Jesus. She was hard to be irritated with. Which, oddly, only irritated him more.
“And as much as I appreciate your neighborly concern, Ryan, I can take care of myself. And our tree. See, my home gym isn’t quite set up yet so I’m using what’s available. If you want, we can work out a schedule for tree use.”
There was as much sarcasm in her stance as in her tone. This time, the grin spread before he could stop it.
“You’re feisty.”
“You’re a jerk.”
“Yeah. But it’s still not safe. I have an extra pull-up bar in my garage. You put it in the frame of a doorway. I’ll grab it and bring it over,” he said, hoping the gesture served as an apology.
Which he was man enough to admit she deserved from him.
Frankie’s eyes widened and she took a step back, wariness overshadowing her amusement.
“No thanks. I’m not ready for visitors.”
He arched an eyebrow. “I wasn’t planning on coming for tea.”
She gave a rough laugh. “I don’t need anything from you, Ryan. I’ll pick another tree. Or do push-ups.”
She backed away, the unease in her eyes fascinating the hell out of him. She didn’t want him over. And not because he was a jerk. She waved one perfectly shaped arm over her head as she went back to her house.
He turned the weed trimmer back on, purposely turning his body in the other direction. He wasn’t going to stand around and watch her go, even across her yard. He’d never watch a woman leave again. Once was enough. 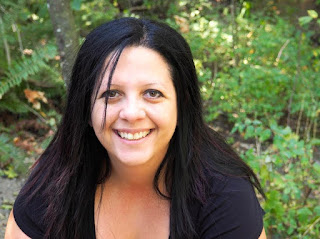 Author Info
Jody Holford is a multi-published author who has a soft spot for happily ever after. So much so, she tattooed the words on her arm. She’s a mom and a wife, a friend, sister, daughter, teacher, and book-lover. Her stories have a little bit of heat and a lot of heart. And maybe, some swoon-worthy moments that will make you smile.
Author Links:
WEBSITE | FACEBOOK | TWITTER | GOODREADS