BLURB:
Mateu Espasa, CEO of Barcelona’s most luxurious hotel, knows how to deliver a five-star experience. When he learns the identity of hotel reviewer, London Montgomery, it seems harmless to play as her local tour guide to make sure she enjoys her stay and places his hotel back in the running for the Elite Life and Travel Magazine’s hotel of fame. But every moment with London makes Mateu want her just as much as he needs that review. Constantly working to cover her mother’s medical bills, London needs to have a little fun on this vacation. First on her list: Kiss a hot Spaniard, and her knight-in-shining-Armani at the train station seems to fit that bill—he’s local and definitely hot! But when she discovers the man charming her is really CEO of the hotel she’s reviewing—supposedly secretly—she decides to see how far he’ll go to make her dream vacation a once in a lifetime experience. Mateu shows her the romance of his city and his soul, but when the truth comes out, the fun is over, and it turns out nobody wins in a game of hearts.
Link to Follow Tour
Goodreads Link 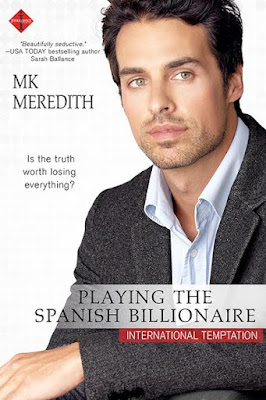 She picked up a tomato as Señor Bustillo suggested. “He is adorable.” Mateu chuckled softly. “He isn’t the only one.”
“Now, choose a bright, deep red tomato. No bruise, no blemish. Yes?” Bustillo spoke to the group. She turned hers over in her hand, carefully inspecting for marks, cracks, or soft spots.
“You want a heavy tomato. Ripe and juicy makes for tomato with weight.” As the group inspected their finds, Señor Bustillo checked in with each. “Good. Good.”
“Give gentle squeeze. You want a tomato that responds to your fingers, like the perfect woman, yes?” He directed the last part at Mateu, making London want to roll her eyes.
All men were the same. Mateu wiggled his brows, and she chuckled softly. It wasn’t his searing good looks she needed to guard herself against, it was his playful side. While Bustillo spoke, Mateu stayed close. She could feel the heat radiating from him, though he didn’t touch her.
Choosing a plump tomato from the crate, he wrapped his large hand around it in a light grip. He gave a slight squeeze, and the atmosphere seemed to go from comfortable to sweltering as her imagination took off on a path all its own. Holding it out to her, he asked, “What do you think?”
She blinked twice. “Perfect.” She snapped her eyes to him. “I mean…” Mateu’s smile was slow and deliberate. She couldn’t help but fall for his teasing. It reminded her of how fun living could be when stress wasn’t a persistent, heavy blanket.
“Finally, test the tomato for a sweet, earthy odor. You want strong scent, not light.” Bustillo’s animated voice boomed over the din of the crowd. Pulling herself together, London ignored the look in her sexy concierge’s eyes and dipped her nose toward his hand. She smelled the tomato close to the stem as directed. “Strong and sweet, just as Señor Bustillo suggests.”
“Strong and sweet. I’m glad you approve.” She raised a brow. “We’re talking about your tomato.”
“My favorite topic.” 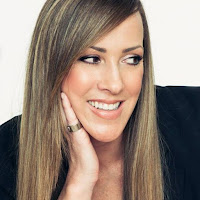 Author Info:
MK Meredith writes single title contemporary romance promising an emotional ride on heated sheets. She believes the best route to success is to never stop learning. Her lifelong love affair with peanut butter continues. Only two things come close in the battle for her affections: gorgeous heels and maybe Gerard Butler…or was it David Gandy? Who is she kidding? Her true loves are her husband and two children who have survived her SEA’s (spontaneous explosions of affection) and live to tell the tale. The Meredith’s live in the D.C. area with their large fur baby…until the next adventure calls.
Author Links:
WEBSITE | FACEBOOK | TWITTER | GOODREADS
Rafflecopter Giveaway (a $20 Amazon Gift Card)
a Rafflecopter giveaway
@entangledpub, @MKMKMeredith, @Tastybooktours, #1click, #bloggers, #buylinks, #internationalTemptation, #MKMEREDITH, #newrelease, MK Meredith, Playing the Spanish Billionaire By Allisia Wysong