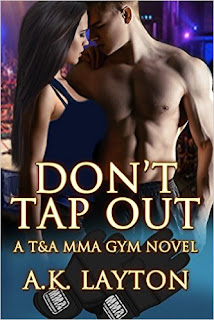 Blurb:
Does love have a fighting chance when it’s standing in the way of a dream?

Vivette Kerney has been working in her family’s mixed martial arts gym her entire life, but with the passing of her parents she now owns the prestigious T&A MMA gym. Running the day-to-day operations while also trying to open her own non-profit gym is exhausting, but it’s a labor of love. A personal life is the last thing on her mind, but the new fighter is proving difficult to ignore. He’s very sexy, very charming, and a very unwelcomed distraction. One thing she vowed never to do is fall for a fighter, now if she can just remember that.

Colin Davenport is a former wrestler who traded the Olympic tryouts for a career in mixed martial arts. After having an impressive amateur career he’s recruited to join the elite T&A MMA gym and train professionally. It was a choice he had been unsure of…until he saw Vi, the beautiful, spirited, brunette owner of the gym. Now Colin is having a hard time remembering he’s at the gym to chase a dream, not a girl.

Going against all of the rules, including a strict gym rule that prohibits fraternization between the fighters and staff, they give into their growing chemistry. Can they both keep from tapping out when love and dreams collide?

My Review:
I know what some of you might be thinking… Who is A.K. Layton? Well trust me you wont be asking that for long. Don’t Tap Out is her first book and won’t be her last. I was given the chance to read this one and was thrilled to read from a new author. A.K. did not disappoint. Her characters are strong, they give you the feeling that you know them from the first few chapters. You become invested in their lives and not just the main ones either. We see that Vivette Kerney has a strong will and an even stronger sense of what should be accepted in her MMA gym. These standards are for the fighters, staff and even herself. NO INTERWORKING DATING!! She is frustrated that so many girls/women keep applying to work for her yet are only there to skew the fighters. Yes she can see the appeal, they are all fit, sexy, and flirtatious guys, but when all they want is a hook up and the girls want more… It just makes working together a mess. Vivette sticks to this idea to, she dates outside of work, in fact she refuses to ever get involved with a fighter. These rules for herself work out great until new fighter Colin Davenport walks into her gym.
Colin has been given a great opportunity to further his future, and he’s not just thinking of the gorgeous women who runs the MMA gym. Colin wants to be great at what he loves and that is MMA. He teaches wresting and that is how he started, but after being recruited to join the elite, he can’t turn it down. Vivette is the women he has been told about all his life, “The One”. He was told when he found her he would just know, and sure enough one look and he was hooked. The problem is Colin isn’t sure how to get the vivacious, stubborn women to want more than his body. He wants all of her, so a booty call is out of the question… or is it? Don’t tap out will have you wanting to yell at the characters and even shaking your head at their antics. Laughter and passion are also promised. If you haven’t bought your copy yet, WHAT ARE YOU WAITING FOR! Discover this great book and new author. 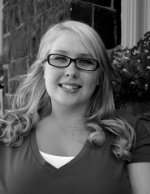 About:
A.K. Layton has always been one to play by her own set of rules. In her youth she enjoyed writing poetry as it gave her a creative outlet which had no restrictions. Now, after years of reading all types of romantic novels she decided that she wanted to write stories her way. She pushed ahead as only a natural born Taurus can, with sheer stubbornness and determination.

She resides in Oregon with her husband and two children. When she isn’t over committing herself for school functions, play-dates, and volunteer activities she enjoys watching MMA fights, taking advantage of the beautiful Oregon Coast, and reading until the wee hours of the night.