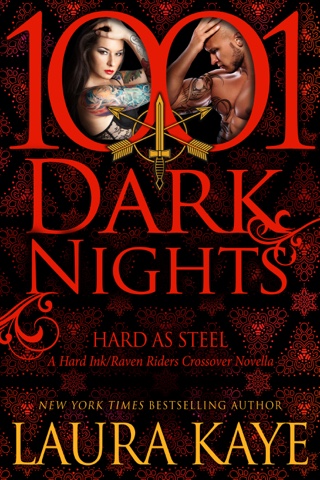 About HARD AS STEEL: A Hard Ink/Raven Riders Crossover Novella
After identifying her employer’s dangerous enemies, Jessica Jakes takes refuge at the compound of the Raven Riders Motorcycle Club. Fellow Hard Ink tattooist and Raven leader Ike Young promises to keep Jess safe for as long as it takes, which would be perfect if his close, personal, round-the-clock protection didn’t make it so hard to hide just how much she wants him—and always has.

Ike Young loved and lost a woman in trouble once before. The last thing he needs is alone time with the sexiest and feistiest woman he’s ever known, one he’s purposely kept at a distance for years. Now, Ike’s not sure he can keep his hands or his heart to himself—or that he even wants to anymore. And that means he has to do whatever it takes to hold on to Jess forever. 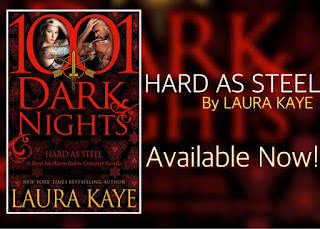 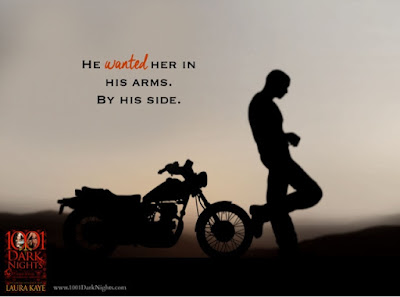 Excerpt:
I’m thrilled to be here celebrating the release of my 21st book, HARD AS STEEL! After a midnight break-in at her apartment, close friends and Hard Ink Tattoo co-workers Ike Young and Jessica Jakes are forced into hiding—and forced to confront the feelings they’ve always denied for one another. I have always adored friends-to-lovers and forced proximity stories, and HARD AS STEEL delivers that and more, including a taste of both my award-winning and best-selling Hard Ink and upcoming Raven Riders series! Check out this excerpt:
They stared at each for a long moment. Jess went from feeling amused to awkward to observed…and that made her hot. Especially as she was standing there in nothing but a towel.
As if he could hear her thoughts, Ike’s gaze slowly ran down her neck to her chest. She wiped at something there and the wetness on the fingers told her it had been a droplet of water from her hair. Ike watched the movement of her hand openly, hungrily, and his desire made her bold, daring, hungry in return.
Without giving herself time to second guess the idea, she reached out and lightly dragged her wet fingers against his bottom lip.
And it was like she’d unleashed a beast.
Ike grabbed her wrist and hauled her to him. He was on her everywhere. His hands in her hair, on her back, grabbing her ass and lifting her up. His tongue licked the exact route that water droplet had taken, from chest to neck to ear. And then he was kissing her, fucking her mouth with his tongue, absolutely devouring her.
Jess held on like her life depended on it, and at some point she became aware of the breeze on her bare skin. She’d dropped the towel, which meant she was totally buck-ass naked in Ike’s big arms, and she couldn’t have cared less.
Ike licked her mouth, sucked her tongue, nipped at her lips. He turned and made for the stairs, and Jess thought she might die from sheer joy and anticipation. He tasted like strength and sin and sex, and she tightened her legs around his hips as he carried her to the loft, eager to see if all of him tasted so good—or even better.
When they reached the second floor, Ike growled low in his throat and his grip tightened on her on her ass, his fingers digging in. She moaned and—
Cool air from the ceiling fan washed over Jess as Ike dropped her onto the bed—and promptly turned around to leave. Jess was so stunned she couldn’t speak. Just as he hit the top of the steps, he said, “Don’t fucking tease me, Jessica. I’m trying to do right by you, but I’m still just a goddamned man.” 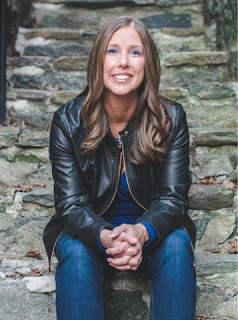 About Laura Kaye:
Laura is the New York Times and USA Today bestselling author of over twenty books in contemporary and paranormal romance and romantic suspense. Growing up, Laura’s large extended family believed in the supernatural, and family lore involving angels, ghosts, and evil-eye curses cemented in Laura a life-long fascination with storytelling and all things paranormal. Shelives in Maryland with her husband, two daughters, and cute-but-bad dog, and appreciates her view of the Chesapeake Bay every day. 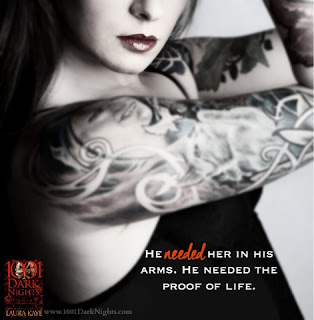 Book Blast brought to you by: