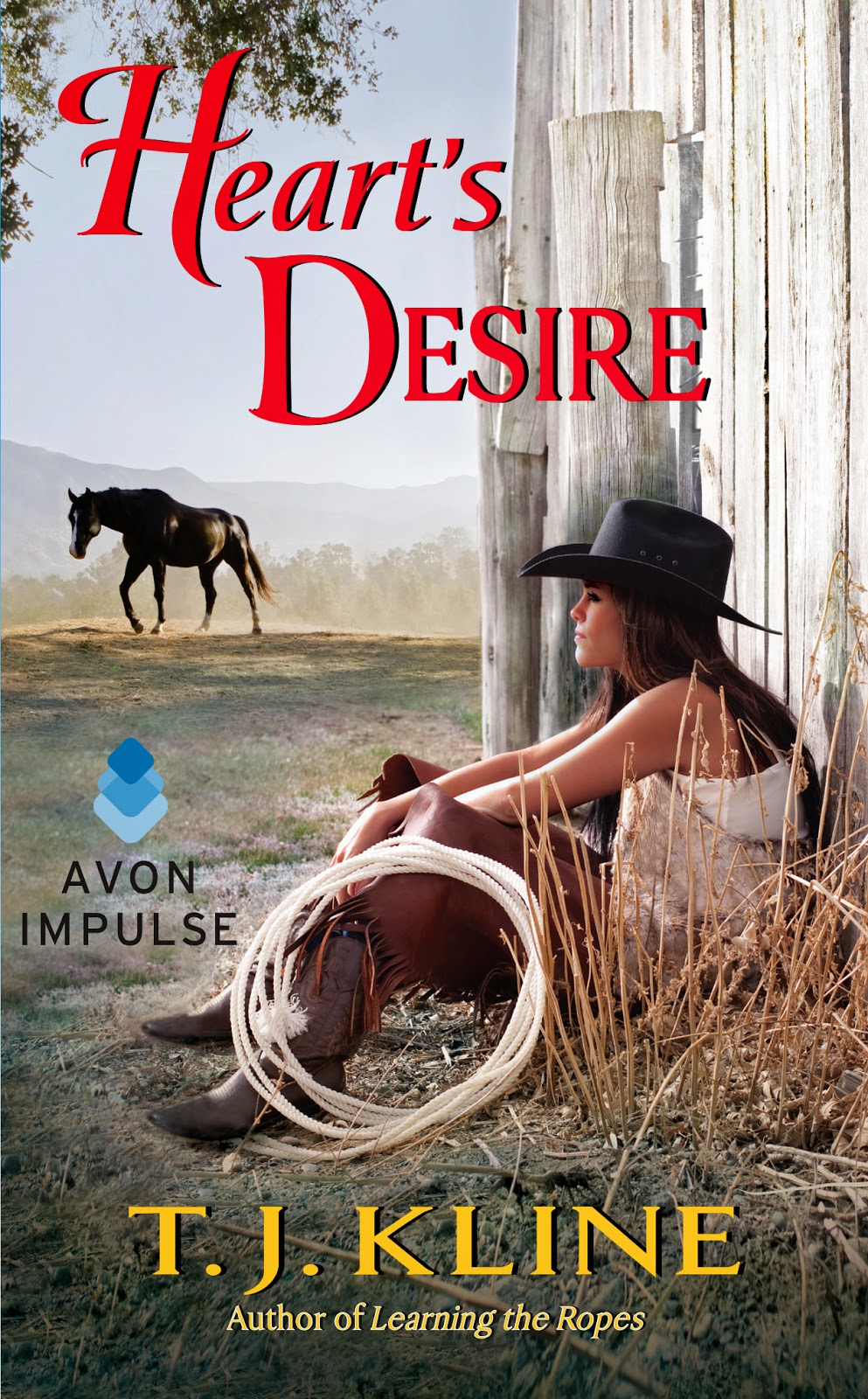 Blurb
TJ KLINE’s brand new Healing Hart’s series kicks off with HEART’S DESIRE
If you could have anything, do anything… what would it be?
Jessie Hart has a soft spot for healing the broken, especially horses and children, but her business is failing and bankruptcy is looming. The one man who can save Heart Fire Ranch is the last man she wants to take advice from – financial expert Nathan Kerrington – the same man who broke her heart eight years ago.
Nathan Kerrington has it all, except the one thing he’d wanted most – Jessie. Now that he’s finally freed himself from his corrupt family, he wants to make amends. When he’s called in to save Jessie’s ranch, he sees his chance to win her back – if only he can prove to her that she can trust him with her heart…

MY REVIEW:
Can I just say that T. J. surprised me with how much I liked Nathan in this book! She took a job that is not heard of much in books, Financial Analyst, and made the man HOTT. Nathan comes from a rich, connected family that demands perfection always. He never knows anything else until his roommate in college shows him Heart Fire Ranch and the family that runs it. To his best friend Justin and Justin’s sister Jessie Nathan was going to be around for a while. Then out of nowhere, Nathan moves out of the apartment he and Justin share and doesn’t come around again until eight years later.
Jessie Hart fell head over heels for Nathan when he stayed for the summer and thought it was mutual until he never contacted her. She gave him everything and he had said he would call and be back, eight years had passed and nothing. Now her brother Justin is dogging her about bad finances and insists Nathan can and will help. With no choice, she must face the man who shattered her heart, and trust him with what holds the rest, her ranch.
This was a fantastic mix of lost love, tension, tempers flying, fun and women power in a great story. After reading the first chapter, I was unable to put it down and want you all to know it is necessary read. This series will show you that nothing and no one are ever too far gone to find love and reach even the craziest of dreams. T. J. Kline opens us up to Jessie’s pain of so much more than just lost love. I could tell it was going to get complicated and that there was more to this book than just a love story. Love, romance, passion are all in here but there is also pain, flaws, sadness, and fist flying action. Great combination of everything I love reading in a book T. J., I cannot wait for the next book in this series. 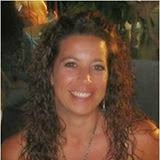 Author Info
T. J. Kline was raised competing in rodeos and rodeo queen competitions since the age of 14, She has thorough knowledge of the sport as well as the culture involved. She has had several articles about rodeo published in the past in small periodicals as well as a more recent how-to article for RevWriter. She is also an avid reader and book reviewer for both Tyndale and Multnomah.
Author Links:  Website | Facebook | Twitter | Goodreads
Website:  http://tinaklinesmith.com/
Facebook:  https://www.facebook.com/TKlinesmith
Twitter:  https://twitter.com/TinaKlinesmith
Goodreads:  https://www.goodreads.com/author/show/7558685.T_J_Kline
@avonRomance, #avonaddicts, #cowboys, #romance, Healing Heart's series, Heart's Desire, T.J Kline By Allisia Wysong